Another important event for EasyPay was the participation in Startup Games, as part of the Western Balkans Summit in London.

EasyPay was selected as one of the best western Balkan companies, among 23 selected companies. This is seen as another important achievement for EasyPay as a small company that has become more recognized every day in the international market.

The participating companies from Albania were: EasyPay, The dancing bits, Greenleaf and UnniTech.

The Start Up Games event was a simulated real time investment funding game where early stage companies and start-ups pitch for “virtual funding” from “investors” using our Start Up Games app.

The StartUp games were a virtual game with around 20 startups from the Western Balkans on the one side and investors, with virtual money on the other side. Everybody had a mobile app, some having their profile as investors, some as entrepreneurs (startups). Everything took place in a big open room, where everybody got to talk to everybody, both the investors and the startups.

Each investor and entrepreneur had a virtual “£1m” to invest and the company that raises most money during the course of the game was the winner. The event also provided mentoring/best practice presentations from experts/Q&A sessions at intervals during the game.

It was up to the startups to deliver short pitches to the investors (mostly between 2-5 minutes) and lure them to invest in their companies. As the investors bought shares and invested money in a startup – the value of the startup grew. The winners among the startups would be the ones with highest evaluation at the end and the winners among the investors, were the ones with highest investment portfolio (money from the latest calculated value of the shares in the companies in which they invested). 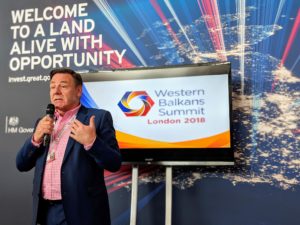 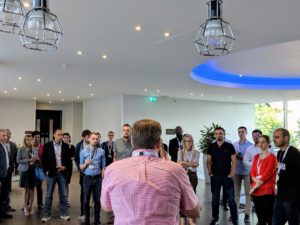 Posted in:
EasyPay is an Electronic Money Institution, certified by Bank of Albania.
Please read carefully our terms and conditions before registering.
Back to Top